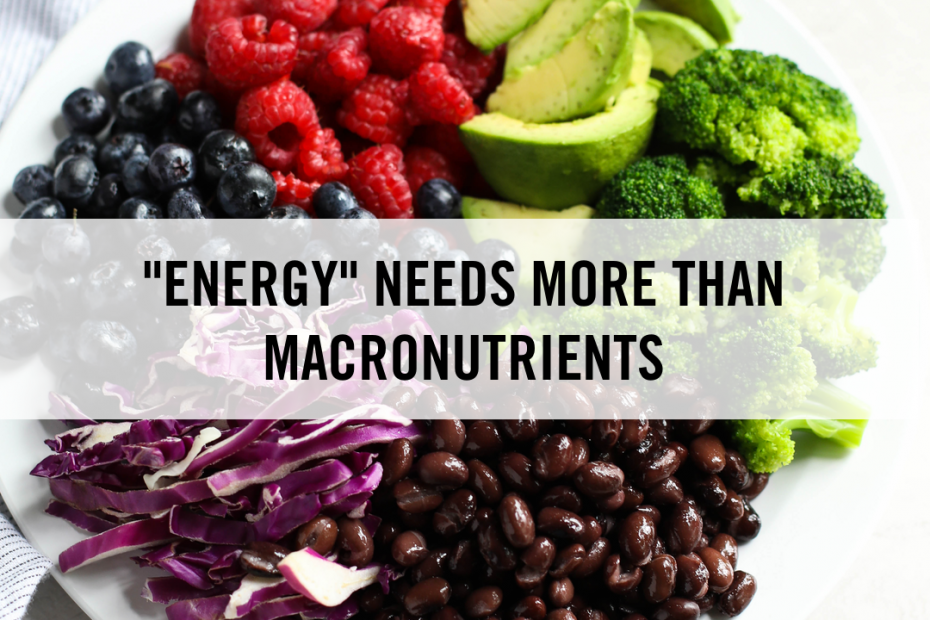 There have been a variety of responses from people undertaking the 800-gram challenge (#800gChallenge™). The most common responses have been that people have “more energy” (better performance) or just “feel better” (better recovery). This post is the why of the “more energy” response; I will tackle the “feeling better” response in the next blog post.

One participating affiliate reported performance skyrocketed across all their members with the #800gChallenge and at another, someone felt like he “could throw a football over them mountains” a la Napolean Dynamite.

The B-complex vitamins (Thiamine (B1), Riboflavin (B2), Niacin (B3), Vitamin B6, Pantothenic Acid, Biotin) are most often cited for their involvement in energy production as they are part of the enzymes necessary for ATP production (Dunford & Doyle, 2015). But then there is also Vitamin C which is needed for fatty acid metabolism, copper which is part of the mitochondria machinery (where energy is produced), and manganese which is necessary for the metabolism of carbohydrates, among others (Huskisson, Maggini, & Ruf, 2007). Some of the vitamins and minerals needed for energy production are shown below. This is not meant to be a comprehensive list; just enough to convey the depth of nutrients needed in metabolism. While it is unlikely that anyone reading this blog has a true clinical deficiency, marginal deficiencies can be induced through consumption of “normal” foods which in turn can affect physical performance (Huskisson et al., 2007; Lukaski, 2004; van der Beek et al., 1988).

So how does the #800gChallenge stack up with these micronutrients? Here are two example plates and the percent of the Recommended Daily Allowance (RDA) obtained from consuming the fruits and veggies shown. 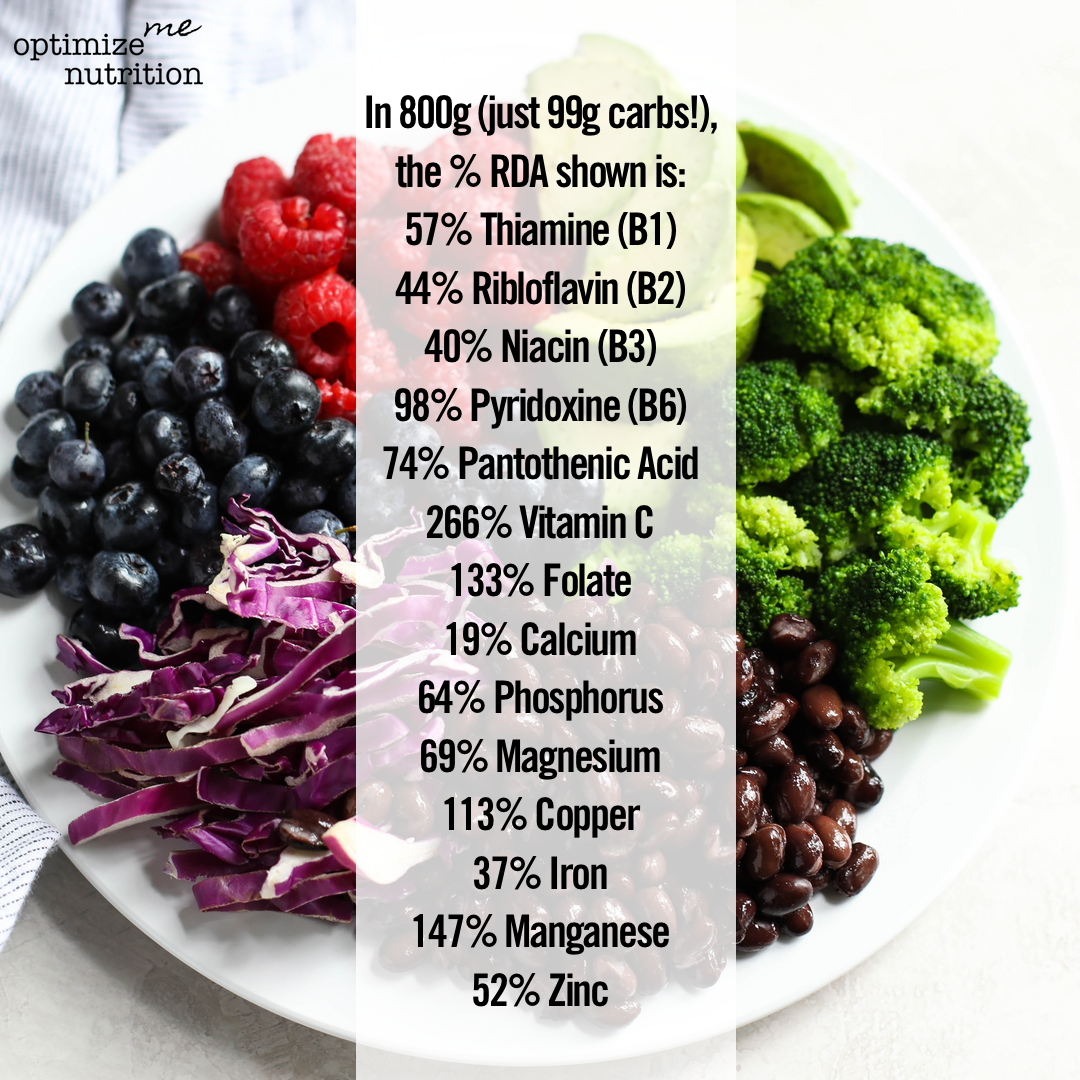 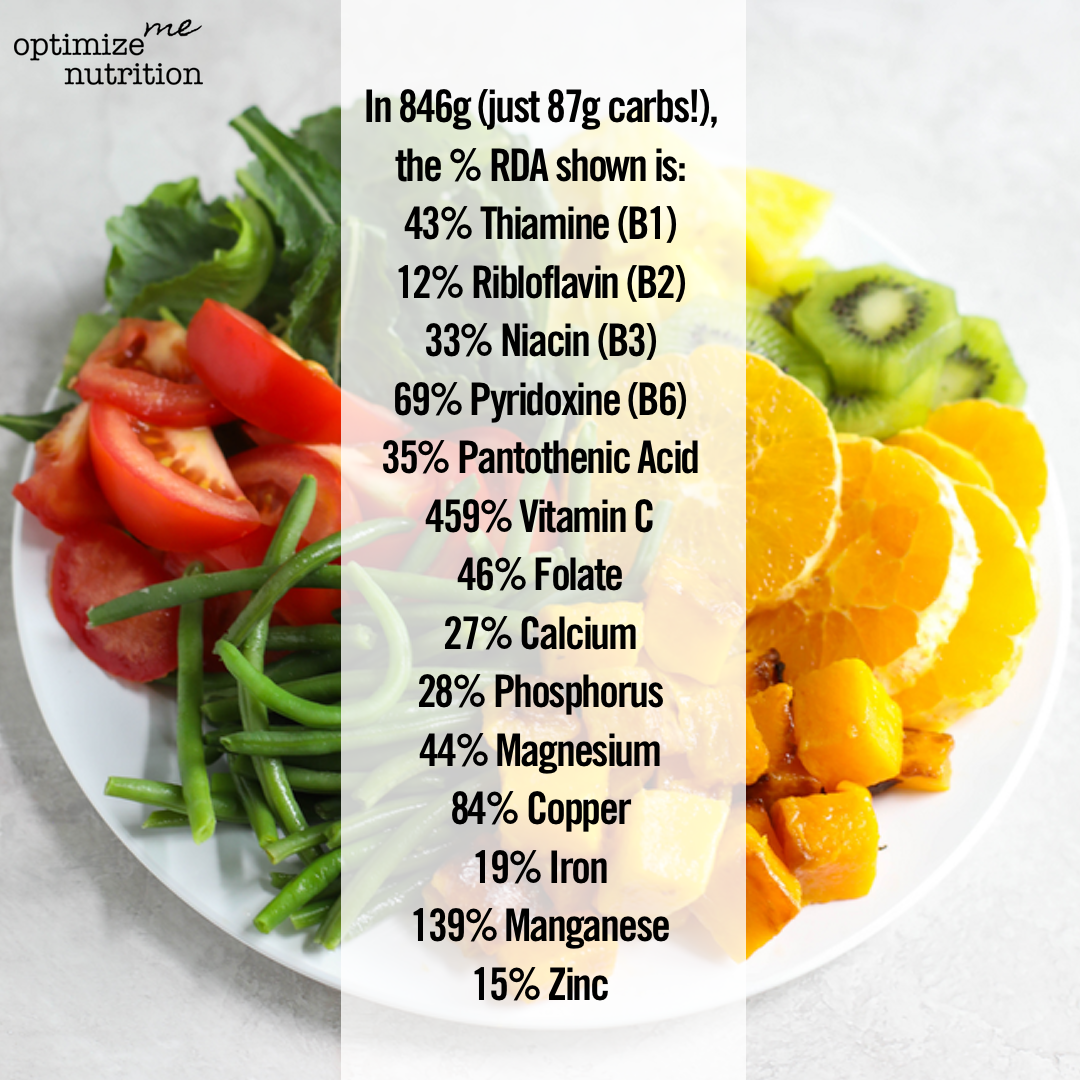 Couple things to note. First, you cannot hit your micronutrient needs from 800 grams of fruits and vegetables alone. Not just because fruits and veggies don’t contain nutrients like Vitamin B12 essential for fatty and amino acid metabolism, but also because 800g of fruits and veggies is a fraction of the food one eats in a day! You will be eating other foods and you can’t expect total nutrient perfection from ~500 calories. Second, you can see one plate is “better” (i.e., left image) than the other in terms of the percentages of the RDA achieved. “Better” is in quotes because this post is specific to energy production, not all necessary reactions in the body. It is important not to extrapolate that any one fruit or vegetable combination is “better” than another across the board in perpetuity. There are other vitamins and minerals not outlined in these pictures with essential functions that cannot be overlooked. And of course, there are thousands of phytochemicals with health effects still unknown.

So, how do you achieve the “right” amount of all the micronutrients? Well, you could do a full diet analysis and see where you end up. However, eating predominantly whole foods and rotating your sources is a practical solution that will likely get you there. And using something like the #800gChallenge™ is a great way to establish a consistent baseline quantity of quality in your diet.

This site uses Akismet to reduce spam. Learn how your comment data is processed.